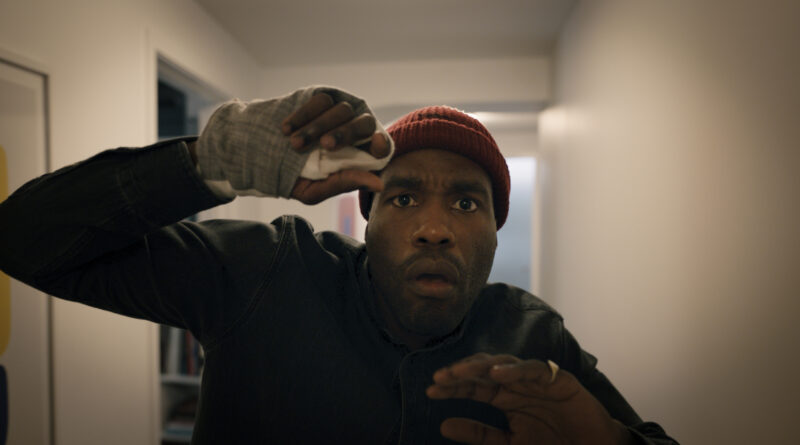 Some years ago, a young boy encountered a strange man as he was doing laundry.  Dropping pieces of candy before confronting him, the boy screamed and the police rushed-in and murdered him.  He would later become known as the Candyman, but little did we know that would be far from the end of the story.  Present day, a young up-and-coming artist named Anthony (Yahya Abdul-Mateen II) is struggling with inspiration.   Upon hearing of a tale a young woman investigating the Candyman and having gone mad in Cabrini-Green, he is floored by the story.  The artist begins to do research and slowly becomes more and more obsessed with its history.  His findings spur endless creativity and give him something he can finally share proudly to the World.  Combining his work with the legend of looking in the mirror and saying “Candyman” five times and he’ll appear, he appears to have found his niche.  But as his work is explored, eerily coincidences occur and make you believe maybe the Candyman is real and wonder who might be next.

“Candyman”, originating from the 1992 classic, has a very smart, tense, and though-provoking premise.  From the mind of the incomparable Jordan Peele, “Candyman” is far from your average thriller.  One thing I will always love and admire is how Peele is never afraid to say what’s on his mind.  Racial and social justice issues are a focal point of the film, but you never feel as if you’re being preached-to; more acknowledging the realities of the World. A strong cast lead by Yahya Abdul Mateen II are a reserved, but powerful bunch.  Mateen carries the film with a very poignant and shocking performance.  Teyonah Parris is brilliant, but unfortunately she’s given little to shine with.  Nathan Stewart-Jarrett, Colman Domingo, Vanessa Williams, Brian King, and Kyle Kaminsky round-out the ensemble   Billed as a scary and gory film, “Candyman” delivers the goods on the gore, but not so much on the scares.

While albeit thrilling, there really weren’t that many scary moments in the film, but it becomes quite clear that “Candyman” serves a much greater purpose.  At 91 minutes, the film never overstays his welcome but packs a lot of punch in a short amount of time. While not for everybody, “Candyman” is a very tense and gripping poignant thriller with a much deeper meaning hidden beneath the surface; uncomfortable for some but very necessary for all.  If you’re fans of the original, there might just be a moment that’ll make your jaw drop.

CANDYMAN is rated R for bloody horror violence, and language including some sexual references