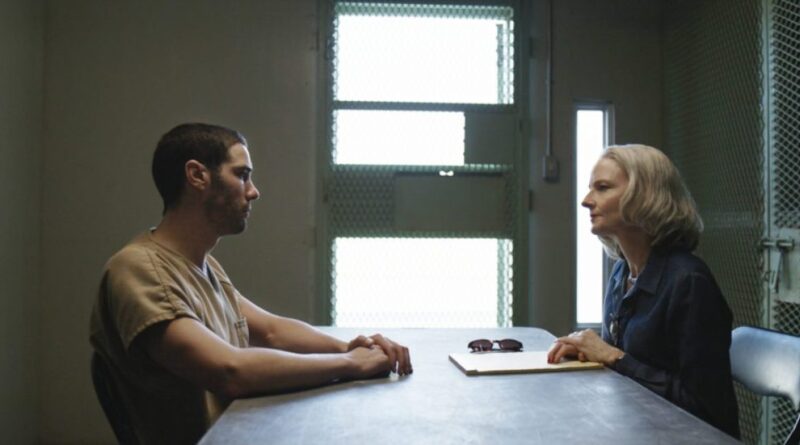 “The Mauritanian” follows the heartbreaking and unfortunate story of Mohamedou Ould Slahi.  In Mauritania in November 2001, two months after the September 11th terrorist attacks on the United States, Mohamedou (Tahar Rahim) was picked-up at home and went missing. We soon discover that Mohamedou became victim of the United States’ overreaction post-9/11.  After being interrogated by various agencies, he finds himself locked away in Guantánamo Bay.  With the United States potentially lacking sufficient evidence to not only hold but also charge Mohamedou, Nancy Hollander (Jodie Foster) accepts his case to allow him due process. He pleads his innocence and promises the United States has no true Intel to suggest otherwise. Hollander begins to uncover the sad, unfortunate truth behind Guantanamo Bay and the United States’ actions that took place there, including torture and coercion. With the death penalty on the table Nancy must do everything to uncover the facts for Muhammadu’s case, not only to save his life but the right the wrong done to him and set him free.

“The Mauritanian” is a difficult watch, as it exposes the atrocities we committed to completely ensure that something like the terrorist attacks of 9/11 never occurred again.  Well documented in this day and age, at the time you can see how this was a whistle blowing operation and every breath of the story Mohamedou spoke would’ve caused him irreparable fear and damage.  Tahar Rahim fully-embodies Mohamedou Ould Slahi, expertly portraying his fear, anguish, fatigue and even his reluctance of hope.  Jodie Foster commands the screen as Nancy Hollander, lighting up this legal drama with the spark and conviction that only she can provide.  The rest of the cast consists of Benedict Cumberbatch, Shailene Woodley, and Zachary Levi (in a captivatingly outside-his-comfort zone role) to name a few.  The film follow the dark time in American history, I was just disappointed to see how light some of the brutality was captured. There’s no secret to the waterboarding, sleep deprivation, forced sexual intercourse and other torture tactics that were used by us during this time period, but other films have gone the extra mile to show just how vile and damaging they are.  And while “The Mauritanian” doesn’t shy away from it, I would’ve like to see them dive a bit deeper and give the film added authenticity.  Apart from the impressive performances by Rahim and Foster, “The Mauritanian” is your average courtroom drama; only set-apart by its subject matter and fight to tell Muhammadu’s story, which makes it thoroughly-deserving of a watch from the comfort of your home.  At 129 minutes, “The Mauritanian” doesn’t overstay its welcome as you’re left questioning how you feel about Our actions post-9/11.

“The Mauritanian” follows the incredible true story of Mohamedou Ould Slahi.  Come for the impressive performances from Rahim and Foster, but stay for Slahi’s incredible journey and the dark truth behind Guantanamo Bay’s “success”.

THE MAURITANIAN is rated R for violence, including sexual assault, and language