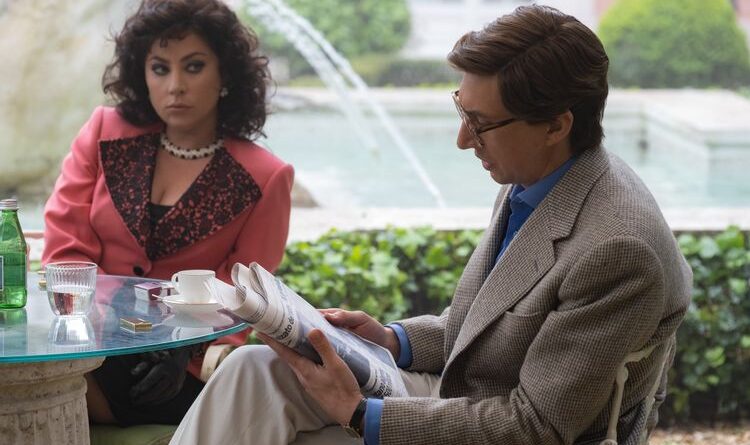 A House of Cards Will Fall

Ridley Scott‘s latest project, “House of Gucci”, takes us back in time, to Milan in Italy of the 70s. Gucci is known around verb, first quality aesthetic edits luxury.  Maurizio Gucci (Adam Driver) finds himself as Rudolph’s (Jeremy Irons) only son and one of two male heirs to the Gucci brand.  One evening, Patrizia Reggiani (Lady Gaga) runs into Maurizio and we then watch their connection grow.  Unhappy with his son’s choice in love, Rodolfo exiles Maurizio from the house and the brand entirely; to the displeasure of Patrizia.  Looking to restart that familial connection, she turns to his uncle Aldo (Al Pacino) and his son Paolo (Jared Leto) and uses them as her focal point and stepping stone as she tries to navigate her way to the top; of power and the family.  Alienating loved ones along the way, Patrizia will stop at nothing to get what she wants, much to the dismay of those around her. “House of Gucci” follows the family’s story and its tragic crescendo that made national headlines.

Given the encompassing source material, “House of Gucci” was always going to have a tricky, delicate handling of the past.  It’s never easy to dig-up the past, but this story is filled with so much build-up and backstory that you’re left knowing almost too much.  The film is largely centered-around the dynamic between Maurizio and Patrizia, and while their chemistry is questionable at times, their talent is not.  This rings true for the entire cast as well: Irons, Pacino, Leto, Jack Huston, and Salma Hayek as the top billers.  The entire cast is clearly bought-in, but the source material can’t quite match their charm and charisma.

However, “House of Gucci” proves that even a great cast can’t save a film.  The film struggles mightily with pacing and tone.  Its overlong 2 hours and 37 minutes drags along as there is endless backstory developed.  While I of course appreciate details, one can only wonder what this film would feel like if it “trimmed the fat”.  The added story bloats the film incredibly and often causes one to lose interest and focus.  “House of Gucci” is a wildly-uneven film that is missing the dazzle and sparkle that befits the brand; instead it’s a dull biography that lacks the confidence and dramatic effect it deserves.  While he’s been constantly making headlines, Ridley Scott should maybe focus more on his craft than the latest social trends.  His last two offerings, while by no means bad, have certainly left more to be desired.  Here’s to hoping he re-finds his footing once again.

HOUSE OF GUCCI is rated R for language, some sexual content, and brief nudity and violence